WHO YOU WON'T SEE HERE ON THESE PAGES

Kristina Milan
You won't see a feature of her here.She doesn't do anything for me.Her movies are dumb,no kind of actress.The best is the basketball flick.Her boobs are gross looking.

Ewa Sonnet
She was okay to me back in her busty.pl days.But now all her shoots are the same.Lame,and she shows no growth.

Abbi Secraa
People say that she's Milena competition. That's a joke.Those breasts are too big and you really can't do nothing with them.

Leanne Crow
You may see some pics/gifs of her.But nobody from Pinup Files get my attention. It's just another big boob lady.But she is the best out of my list.

Sara Willis
Another Pinup Files bore.She was more interesting when she was on twitter a few years ago.

MC
She is such a waste that I forgot the spelling of her name.Mitois,or some crap like that.Even the video with Cherokee couldn't help her out.Total turn off.

September Carrino
Now she ain't that bad but it's the way Pinup Files puts them out that I don't like.The pictures just makes them look fake and the makeup is horrible.

Rachel Aldana
Another Brit from PF.Her tits look like somebody just filled them up with out caring how they look.

This is my blog and post what I like.There are plenty of other blogs to see what you want.I mean no disrespect to the ladies,it's just my opinion.

Posted via Blogaway
Posted by Big Titty Lover at 5:12 PM No comments: 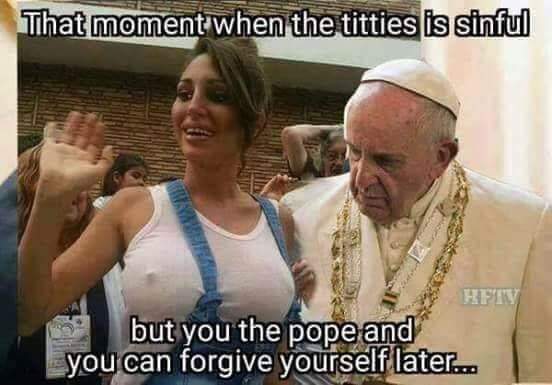 Posted by Big Titty Lover at 3:02 PM No comments:

Email ThisBlogThis!Share to TwitterShare to FacebookShare to Pinterest
Labels: MEMES

http://www.bustle.com/articles/85526-8-ways-to-go-braless-when-you-have-large-boobs-because-bras-arent-mandatory-for-anyone?utm_source=facebook&utm_medium=pro&utm_campaign=august-lolspots&utm_term=Bl8Wz3nP-BjdEZhOcqEd-QDevTr-woIHMz_qH2SMGhQ%3D
Posted by Big Titty Lover at 2:17 PM No comments:


Yes,let me help introduce the world to Celeste Woodrow. This woman has it all,big boobs,loves showing off in public,all things I love.Attractive tats on her tatas. Celeste can be found on tumblr @ celestewoodrowbbw.tumblr.com,on instagram @celestewoodrow,and she has her own website which is the best bet at celestewoodrow.com.Now currently her computer is down so there's no updates or new posts. But she will be back,and hopefully back on Big Titty Lovers soon.
Posted via Blogaway

MUST CHECK THIS OUT

THE EVOLUTION OF CLAUDIA MARIE

This the version of Claudia that I would always remember her as.

Then she gets bigger,I think one implant burst or something. This was when I started not to be that into her.But her videos were still hott,which kept me as a fan.

This is how she looks now.The hair is a total turn off for me.The weight loss disgusts me.The boobs are just bizarre now. She finally made it to Score Magazine.And did some scenes for them.But she is a natural performer when the video camera is on.So yea,she still has me a fan but it's not like it was.She is a fuck whore who knows how to work it.

Posted via Blogaway
Posted by Big Titty Lover at 5:43 PM No comments:

It's just something about seeing a woman suck on another woman's breast.

Posted via Blogaway
Posted by Big Titty Lover at 5:05 PM No comments:

LOYAL READERS KNOW BUT NOW SHE IS ANON

And please keep it that way.She told me whenever she needed some titty attention she would send some in.In my head I'm thinking if I wasn't in a relationship I'll give her some real Titty attention lol.

Posted via Blogaway
Posted by Big Titty Lover at 5:35 PM No comments:

Posted via Blogaway
Posted by Big Titty Lover at 5:26 PM No comments:

I've  been following Messy Cleo for awhile now on Twitter and has been always amazed at the content she shares on that platform. The pic... 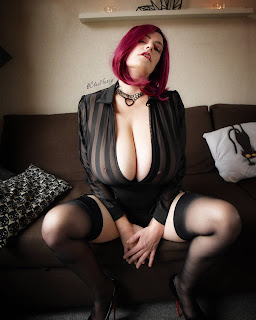